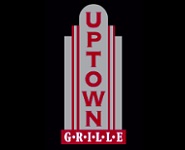 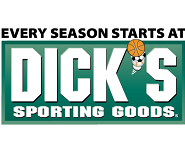 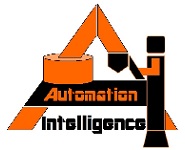 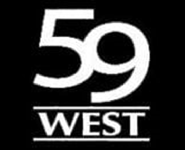 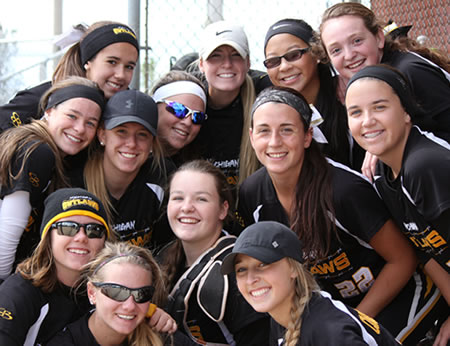 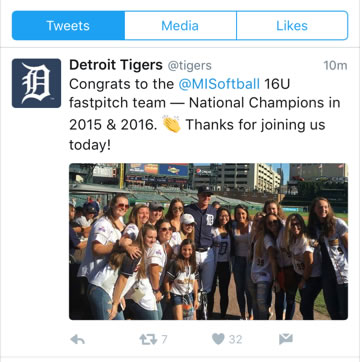 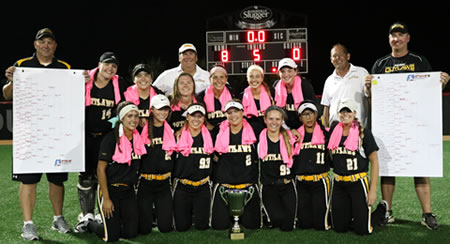 The Michigan Outlaws 16u Schultz team continue to make history in girls fast pitch softball travel ball by winning their second National Championship in as many years.
This special group of young ladies posted a perfect 10-0 record in winning the PGF (Premier Girls Fast Pitch) 16u Midwest Nationals at Louisville Slugger Park in Peoria, IL in late July. The PGF organization which is becoming a leading sanction organization in girls fast pitch offers only two National tournaments in the United States, one in Peoria, IL and the other in Huntington Beach, CA.
The Outlaws captured the Midwest Nationals on July 30 in East Peoria, IL.  in a division with 84 teams from over a dozen different states.  The Outlaws 10-0 record itself came against teams from six different states.  With University of Ligget junior, Emma St. John, entering the circle in the third inning with the Outlaws trailing 3-0, the Outlaws rallied and defeated the Premier Outlaws of PA 4-3 in a key semifinal matchup.  St. John’s 5 innings of shut down pitching helped the Outlaws advance to the national championship game where they would match up with the Ohio Thunder ’99.
Leading the Thunder 3-0 through 4 innings, the Outlaws exploded for 5 runs in the 5th inning to mercy the Thunder 8-0 in five innings.  Behind a four-hit pitching performance by right hander Teresa Menzel (Lakeland – junior), the team brought home their second national championship and second in Outlaw history (founded 1994).  Behind the pitching of St. John and Menzel plus the typical outstanding defense that has become a trademark for this team, the Outlaws only allowed 11 runs (three shutouts and four 1-run allowed games) while scoring 56 runs.
The Outlaws finished the season with a record breaking 78-11 record including winning the 16U ASA USF tournament and finishing 2nd in the 18u Compuware Showcase tournament.  This same team, minus St. John and adding Sydney Schultz, won the NSA “A” 16u National Championship last year in Chattanooga, TN with a 7-0 record and also recording a shutout (5-0) in the championship game.  Over the years, this group has compiled a mind boggling seven-year record of 396-113-11.” 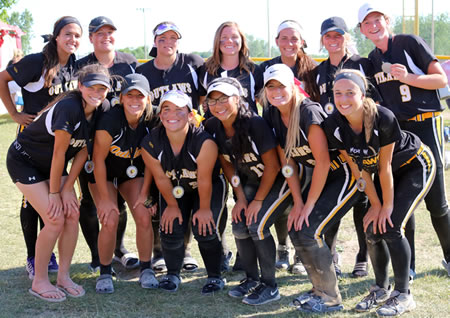 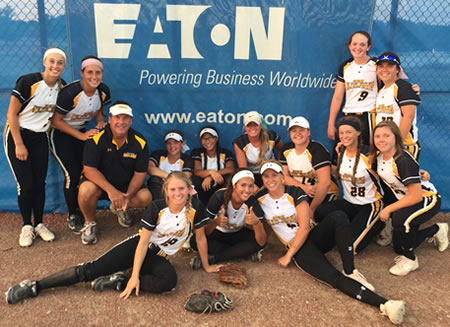 MO 16U Schultz represents Michigan in Great Lakes Premier D1 Invitational with 3rd place finish going 7-1.  The MI Outlaws only loss was a 1-0 defeat to the PA Premier Outlaws and had overall tournament status of 48 runs scored and 5 runs against